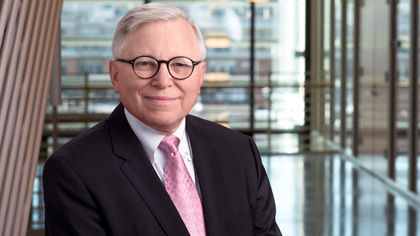 Warnken joined the UBalt law faculty in 1977, when, while practicing tax law, he began teaching as an adjunct professor. In 1978, he joined the faculty full-time and was tenured in 1982. He taught primarily criminal law and constitutional criminal procedure. For 33 years, Warnken served as director of the Judicial Internship Program and Judicial "EXPLOR" program, placing more than 3,000 law students with judges, including a record-setting 164 students in summer 2010.

He was faculty adviser to the School of Law's Moot Court Board, which manages the Byron L. Warnken Moot Court Competition, from which UBalt selects the members for its 21 interschool appellate advocacy teams for competitive meets against other law schools.