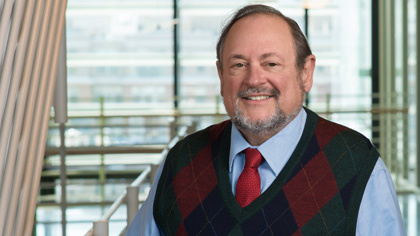 Easton served as the director of UBalt's LL.M. in the Law of the United States program. He also is a senior research associate in UBalt's Center for International and Comparative Law and coordinated CICL's China-related programs. In addition, Easton is the editor of the Journal of Media Law and Ethics.