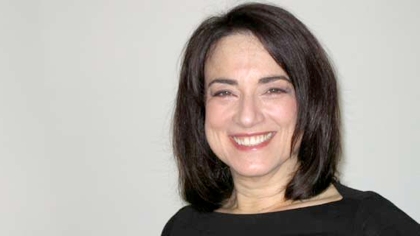 Dr. White has published in both the disciplines of law and of economics, in diverse subjects such as economic decision-making under uncertainty, antitrust, and law and economics jurisprudence. She has also published articles combining law and economics with ethical paradigms (e.g., feminism) to tackle business law issues. She also joined an interdisciplinary team of scholars from both the U.S. (the Mayo clinic) and abroad (Belgium), writing on theoretical and data analyses of comparative issues regarding child sexual abuse.

A Fulbright Scholar for European Union Affairs in 2003, Dr. White focused on the EU's efforts to harmonize member nations' hostile takeover laws. Earlier, in the spring of 2002, Dr. White was the European-American Consortium on Legal Exchange (EACLE) Professor at Ghent University in Belgium. She was a visiting lecturer at China's Shangdong University in 2004.

Active in the Association of American Law Schools (AALS), Dr. White served as chair of the Antitrust Section Executive Committee, chair of the ABA-AALS Antitrust Liaison Committee and on the Law and Economics Section Executive Committee. She was the program chair or organizer for several AALS Antitrust Section panel presentations among which the proceedings of 'Guilds at Millennium' were published in Loyola Consumer Law Journal (2002) and 'Evolving Antitrust Treatment of Dominant Firms' in the Berkeley Technology Law Journal (2005). Her numerous presentations include the AALS, the American Bar Association (ABA), Law and Society, the American Economics Association, the International Society for Law and Mental Health, and lectures at various law schools, economics departments and legal institutions, both domestically and internationally, in the U.S., Europe and China. She served as associate editor of the ABA's Antitrust Law Journal and is on a number of ABA Business Law Section committees.

A member of the Maryland Bar, Dr. White is the university liaison for the Business Law Section of the Maryland State Bar Association (MSBA). She serves on the Business Litigation Committee, which co-wrote with the Maryland House Speaker, the legislative proposal that established the new Maryland Business and Technology Court. The committee's work was awarded the 2001 MSBA President's Best Section Project Award.

Dr. White co-developed with the MSBA Business Law Executive Council the MSBA-UB Business Law Clerkship program, of which she is now the director, which gives selected law students the opportunity to work with prominent business lawyers on developing policy and proposing legislation. The Clerkship Program, approved by the MSBA in 2007, is the first of its kind to be offered by the MSBA.

Dr. White was the faculty advisor for the Baltimore Law Forum from Fall 2003 through Spring 2011, when she oversaw the Law Forum's transformation from a magazine format to a full-fledged law journal, now listed in all the major databases. The Law Forum's articles have been cited by the Supreme Court as well as major law reviews and they have garnered the attention of national news programs such as "60 Minutes and "Dateline."

Dr. White was the recipient of the 2011 Saul Ewing Award for Excellence in Teaching in the Area of Transactional Law.

Economic Efficiency and the Parameters of Fairness: A Marriage of Marketplace Morals and the Ethic of Care, Cornell Journal of Law and Public Policy 15 Cornell J.L. & Pub. Po'y 1 (Fall, 2005)

Choosing among Antitrust Liability Standards under Incomplete Information: Assessments of and Aversions to the Risk of Being Wrong, 20 Berkeley Tech. L.J. 1173 (Spring, 2005)

Conflicts in the Regulation of Hostile Business Takeovers in the United State and the European Union, 9 Ius Gentium 161 (Fall, 2003)

Who Determines the Optimal Trade-Off Between Quality and Price?, in Symposium, The Guilds at the Millennium: Antitrust and the Professions, 14 Loy. Consumer L. Rev. 497 (2002)