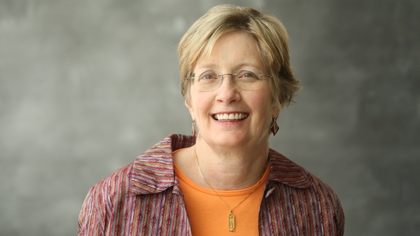 Professor Mclain joined the faculty in 1977 after being a litigation associate of Piper and Marbury in Baltimore and a John S. Bradway Fellow in clinical legal education at Duke University. From 1988 to 1993 she served as a special reporter to the Rules Committee of the Maryland Court of Appeals on the state's rules' evidence codification project.

Professor Mclain is the author of the three-volume treatise, Maryland Evidence: State and Federal. She is a member of the Maryland Bar Association and a frequent presenter on federal and state evidence law. She has pursued state legislative reform regarding witness intimidation, child abuse, rape, the slayer's rule, bribery and legislative privilege, and sewage sludge storage.

"I'm Going to Dinner with Frank": Admissibility of Nontestimonial Statements of Intent When Their Relevance Is to Prove the Actions of Someone Other Than the Speaker, 32 Cardozo L. Rev. 373-435 (2010)

Stop the Killing: Potential Courtroom Use of a Questionnaire that Predicts the Likelihood that a Victim of Intimate Partner Violence Will Be Murdered by Her Partner, 24 Wis. J. Gender, Law & Soc'y 277-312 (2009) (co-authored with Amanda Hitt)

Post-Crawford: Time to Liberalize the Substantive Admissibility of a Testifying Witness's Prior Consistent Statements, 74 U.M.K.C. L.Rev. 1-41 (2005)