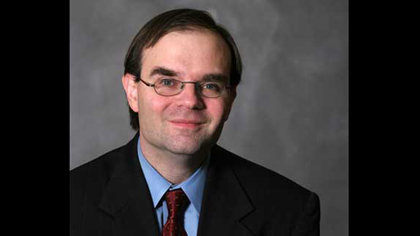 Hayes joined the University of Baltimore law School faculty in 1998 following three years as an assistant professor at Southern Illinois University School of Law. He has taught courses in labor law, collective bargaining, employment law, employment discrimination, torts, negotiation and other lawyering skills. Hayes has also taught as a visiting professor at the University of Aberdeen, Scotland; the National Labor College in Silver Spring, Md.; at Albany (N.Y.) Law School and at the Thomas Jefferson School of Law in San Diego, CA. From August 2013 to January 2017, while on leave from the faculty, Hayes served, after appointment by President Obama, in the U.S. Department of Labor as the Director of the Office of Labor-Management Standards (OLMS), the highest-ranking and only political position in that agency. OLMS and its more than 200 employees across the U.S. administer and enforce the federal statute (the “LMRDA”) that requires tens of thousands of U.S. union officers to be elected and sets standards for their elections, establishes safeguards for unions’ finances, and requires annual and other reporting on finances and other information by unions, as well as by employers and labor relations consultants in some circumstances.

Prior to his teaching career, Hayes practiced labor and employment law for six years with Sherman, Dunn, Cohen, Leifer and Yellig in Washington, D.C., and for one year as a staff counsel to the National Labor Relations Board. Hayes has a J.D. from the University of Virginia School of Law and a B.S. from Cornell University, where he graduated first in his class from the School of Industrial and Labor Relations.