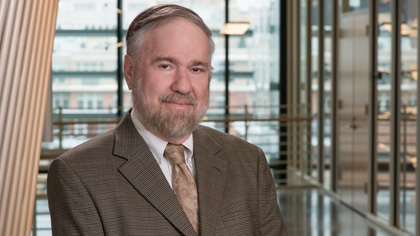 Lasson joined the faculty in 1977 and left full-time teaching in 2021. His professional experience reflects a wide variety of academic and consulting positions, which include: teaching fellow at the Johns Hopkins University Writing Seminars, consultant to Ralph Nader's Center for the Study of Responsive Law, director at the Center for Science in the Public Interest, and visiting fellow and lecturer at Cambridge University in the UK. He is a member of the bars of Maryland, the United States Court of Appeals for the Fourth Circuit and the United States Supreme Court. In 2008 he was named a University System of Maryland Faculty Regents Scholar.

Lasson is author of 10 books (most notably The Workers, Private Lives of Public Servants, Mousetraps & Muffling Cups, and Trembling in the Ivory Tower), and numerous articles, several of which have won national awards, in major law reviews and magazines. He advocates on behalf of a variety of human-rights and civil-liberties issues, about which he writes appellate briefs, appears on radio and television and is a frequent contributor to newspapers and magazines both in this country and abroad.

Trembling in the Ivory Tower: Excesses in the Pursuit of Truth and Tenure , Bancroft Press (2003)

Bloodstains on a "Code of Honor": The Murderous Marginalization of Women in the Islamic World, 30 Women's Rights Law Reporter 407 (2009)

Incitement in the Mosques: Testing the Limits of Free Speech and Religious Liberty, 27 Whittier Law Review 3 (2005)