Annual Program in Comparative and International Law in Curaçao

Approved by the American Bar Association.

The application deadline has been extended to
Wednesday, Oct 20, 2021.

Applications are reviewed on a case-by-case basis. 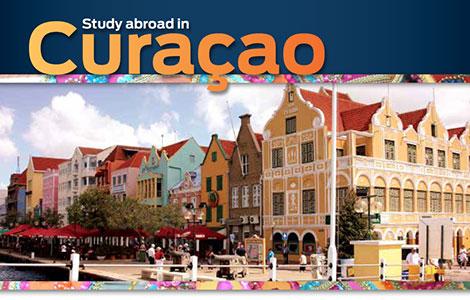 This annual, winter-term Program in Comparative and International Law in Curaçao provides a new perspective on the American legal system in an international context. Through an intensive, three-week course of study in international and comparative law, the Curaçao program will help prepare you to practice law in the globalized world economy by equipping you to address international legal problems that arise in theory and practice. You will be exposed to foreign legal institutions of the Americas and Europe, and you will experience the unique legal and social culture of Curaçao, which reflects strong African, Caribbean and European influences. The program is co-sponsored by the University of Baltimore School of Law and the Maurice A. Deane School of Law at Hofstra University, offered in cooperation with the Erasmus University Rotterdam Faculty of Law and hosted by the University of Curaçao. The program is approved by the American Bar Association.

Curaçao is part of the Dutch Caribbean, a group of five islands that also includes Bonaire, St. Maarten, Saba and St. Eustatius. The island is near Aruba and the coast of Venezuela. The Caiquetios of the Amerindian Arawaks originally settled Curaçao about 6,000 years ago. The Spanish arrived in the late 15th century and the Dutch claimed the island in the 17th century. These rich historical and cultural traditions make Curaçao a unique and multicultural legal and social environment, which is governed by Dutch law.

The University of Curaçao was founded in 1979 as the University of the Netherlands Antilles and is located in a suburb of Willemstad, the capital of Curaçao. Willemstad’s colorful architectural heritage has earned the city a place on UNESCO’s World Heritage List. In addition to Dutch, the island's official language, residents speak English, Spanish and Papiamentu, a local Creole tongue.