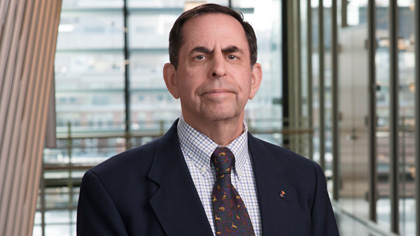 Frederic N. Smalkin is a retired Chief Judge of the United States District Court for the District of Maryland. He was a U.S. Magistrate from 1976 to 1986, when he was appointed a District Judge by President Reagan. He retired from judicial office in 2011.

Judge Smalkin's military career includes 8 years active duty as a Regular Army officer and appointment as Brigadier General in the Maryland Military Department, assigned as Commanding General of the MDDF (Maryland State Guard). He is a rated instrument pilot.

Presentation, Judicial Control of Juries and Just Results in the Common Law System: An Historical Perspective, Conference of the European-American Consortium for Legal Education (EACLE), University of Parma (Italy) (May 2014).