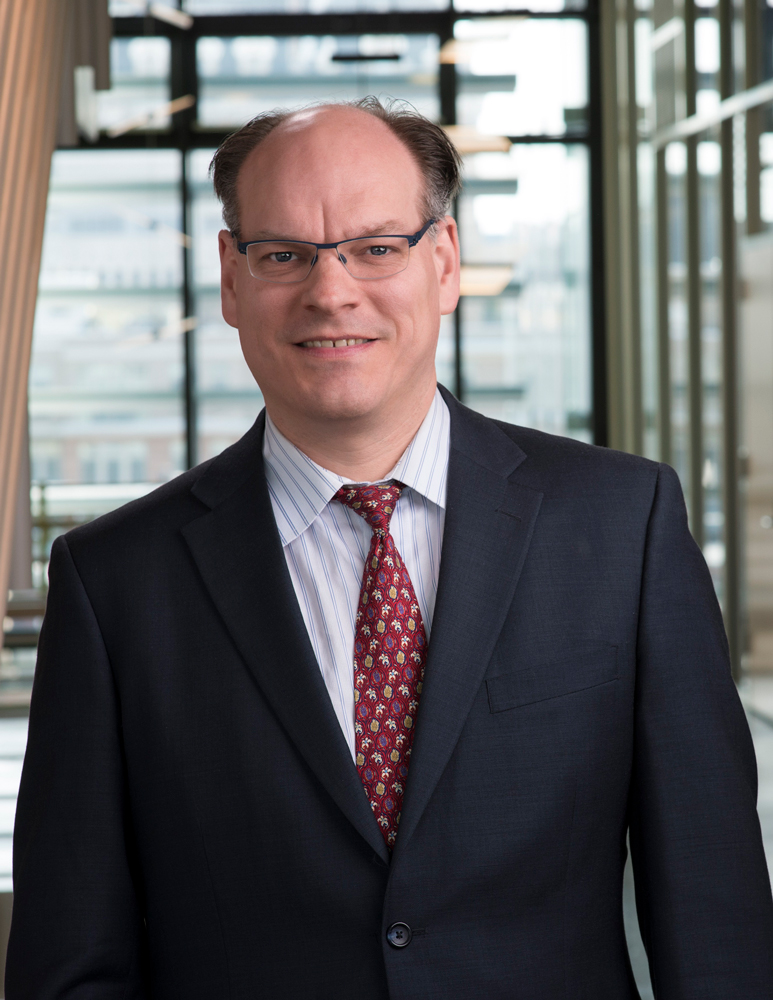 He teaches courses in civil procedure, contracts, capital punishment, international human rights law, and lawyering skills at the University of Baltimore School of Law, and he is also the faculty advisor to the moot court program. In addition, he is currently of counsel to the Minneapolis law firm of Berens & Miller, P.A., which handles complex commercial litigation, and has long been an adjunct professor at the Georgetown University Law Center.  In 2018, he was a visiting scholar/research fellow at the Human Rights Center of the University of Minnesota Law School.  He was previously an associate at the Minneapolis law firm of Faegre & Benson (now Faegre Baker Daniels LLP) and a partner at the Minneapolis law firm of Kelly & Berens, P.A., now Berens & Miller, P.A.

He has written or edited ten books, six on the subject of capital punishment, two on the origins of American law, one on the craft of writing, and a biography of the eighteenth-century Italian philosopher Cesare Beccaria. His undergraduate degree from the University of Minnesota is in political science, and in addition to an M.F.A. in Writing from St. Paul’s Hamline University, he has a master’s degree in international human rights law from Oxford University. His law degree is from the Indiana University School of Law in Bloomington, where he was the Senior Managing Editor of the Indiana Law Journal and worked in the IU Student Legal Services office.  His law review articles have appeared in the American Criminal Law Review, the Arkansas Law Review, the Northeastern University Law Review, the Montana Law Review, and elsewhere, and his books have received numerous awards.

His 2014 book, The Birth of American Law: An Italian Philosopher and the American Revolution (Carolina Academic Press, 2014), was the recipient of the 2015 Scribes Book Award, an annual award given out since 1961 by The American Society of Legal Writers for "the best work of legal scholarship published during the previous year." The Birth of American Law also earned the First Prize in the American Association for Italian Studies Book Award competition (18th/19th century category) and was the Gold Winner in the IndieFab Book Award competition for works of history.  Bessler, a two-time Minnesota Book Award finalist, also recently edited Justice Stephen Breyer's Against the Death Penalty (Brookings Institution Press, 2016). That book reprints, contextualizes and annotates Justice Stephen Breyer's dissent in Glossip v. Gross, 135 S. Ct. 2726 (2015), a case that upheld Oklahoma’s lethal injection protocol.

In 2017, he authored The Death Penalty as Torture: From the Dark Ages to Abolition (Carolina Academic Press, 2017), a bronze medalist in the Independent Publisher Book Awards (World History category). His ninth and tenth books, The Celebrated Marquis: An Italian Noble and the Making of the Modern World (2018) and The Baron and the Marquis: Liberty, Tyranny, and the Enlightenment Maxim That Can Remake American Criminal Justice (2019) were published by Carolina Academic Press.

The Celebrated Marquis traces the global influence of the Italian philosopher and economist Cesare Beccaria (1738-1794) on the world’s constitutions and laws. Beccaria’s book, Dei delitti e delle pene (1764), translated into English as On Crimes and Punishments (1767), had a major influence on America’s founders and early American laws. The Celebrated Marquis was the winner of the 2018 Next Generation Indie Book Award for biography, and it was also named a finalist in three other book award competitions. The Baron and the Marquis, a book about the history and future of American criminal justice reform, traces the origins of a maxim developed by Montesquieu and publicized by Beccaria. That maxim: any punishment that goes beyond necessity is “tyrannical.”

"From the Founding to the Present: An Overview of Legal Thought and the Eighth Amendment's Evolution," in Meghan Ryan & William W. Berry III eds., The Eighth Amendment and Its Future in a New Age of Punishment (forthcoming from Cambridge University Press)

The Baron and the Marquis: Liberty, Tyranny, and the Enlightenment Maxim that Can Remake American Criminal Justice (Durham, NC: Carolina Academic Press, 2019)

The Celebrated Marquis: An Italian Noble and the Making of the Modern World (Durham, NC: Carolina Academic Press, 2018)

The Death Penalty as Torture: From the Dark Ages to Abolition (Durham, NC: Carolina Academic Press, 2017)

Cruel and Unusual: The American Death Penalty and the Founders' Eighth Amendment (Boston: Northeastern University Press) (released in paperback in 2013).

Writing for Life: The Craft of Writing for Everyday Living (Minneapolis: Bottlecap Books, 2007).

A Century in the Making: The Glorious Revolution, the American Revolution, and the Origins of the U.S. Constitution's Eighth Amendment, 27 Wm. 7 Mary Bill of Rts L.J. 989 (2019)

The Marquis Beccaria: An Italian Penal Reformer's Meteoric Rise in the British Isles in the Transatlantic Republic of Letters, 4 Diciottesimo secolo 107 (2019)

Torture and Trauma: Why the Death Penalty Is Wrong and Should Be Strictly Prohibited by American and International Law, 58 Washburn L.J. 1 (2019)

The Long March Toward Abolition: From the Enlightenment to the United Nations and the Death Penalty's Slow Demise, 29 U. Fla. J.L. & Pub. Pol'y 1 (2018)

The Concept of “Unusual Punishments” in Anglo-American Law: The Death Penalty as Arbitrary, Discriminatory, and Cruel and Unusual, 13 Nw. J. L. & Soc. Pol’y 307 (2018)

The Inequality of America's Death Penalty: A Crossroads for Capital Punishment at the Intersection of the Eighth and Fourteenth Amendments , 73 Wash & Lee L. Rev. Online 487 (2016).

In the Spirit of Ubuntu: Enforcing the Rights of Orphans and Vulnerable Children Affected by HIV/AIDS in South Africa , 31 Hast. Int’l & Comp. L. Rev. 33 (2008).

The Botched Hanging of William Williams: How Too Much Rope and Minnesota’s Newspapers Brought an End to the Death Penalty in Minnesota , The Rake (Mar. 2004).