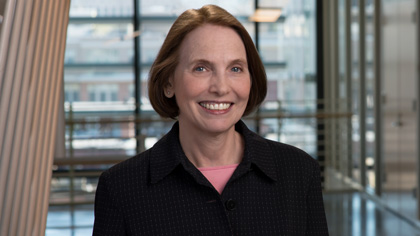 Professor Samuels came to the School of Law as a visiting faculty member in 1987 and joined the permanent faculty in 1989. She retired in June 2020.

Samuels worked as a journalist before attending law school, where she was an editor of the University of Chicago Law Review and an attorney in the Mandel Legal Aid Clinic. Following law school, she served as law clerk to Judge James L. Oakes, United States Court of Appeals for the Second Circuit. After clerking, she was a legal services attorney and an adjunct law professor in Alabama.

She was the director of the School of Law's first-year Legal Skills Program from 1987 to 1994. She does pro bono work in the civil rights and in the child and family law areas and is a member of the Alabama Bar.

An Immodest Proposal for Birth Registration In Donor-Assisted Reproduction, In the Interest of Science and Human Rights, 48 New Mexico Law Review 416 (2018).

The Idea of Adoption: An Inquiry into the History of Adult Adoptee Access to Birth Records, 53 Rutgers L. Rev. 367-437 (2001).(Excerpted in Naomi Cahn and Joan Heifetz Hollinger, eds., Families By Law: An Adoption Reader (N.Y.U. Press, 2004).) (Available in full on the Web site of the American Adoption Congress, www.americanadoptioncongress.org.)