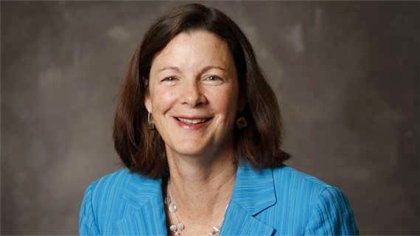 Jane Murphy retired from UBalt Law in June 2020 as director of its Juvenile Justice Project and co-director of the Mediation Clinic for Families. Before joining the faculty in 1988, Murphy was on the faculty of Georgetown University Law Center and was in private practice with a Baltimore law firm specializing in employment and family law. Her prior experience also includes three years as managing attorney of Community Law Offices in the District of Columbia and three years as an appellate litigator for the federal government arguing cases in the United States Courts of Appeals throughout the country. Murphy served as Director of Clinical Education from 2000 to 2004, and Associate Dean for Academic Affairs from 2008 to 2010. In May, 2014 she was appointed the Laurence M. Katz Professor of Law.

Murphy has published several articles on family and children's issues in the Cornell Law Review, Notre Dame Law Review, North Carolina Law Review, the ABA Family Law Quarterly and several other journals. She is also the co-author of two books on family conflict resolution. She is the recipient of numerous grants to conduct empirical research to improve the legal system, including a two-year domestic violence study funded by the National Institute for Justice. She has served as vice president of the Women's Law Center, chair of the Section Council of the Maryland State Bar Association Section on Legal Education and Admission to the Bar, chair of the Association of American Law School's Section on Family and Juvenile Law and as a presidential appointee to the AALS Committee on Clinical Legal Education.

She has also chaired the American Bar Association's Committee on Clinical and Skills Education and regularly serves on ABA site accreditation teams for the law schools throughout the country. She is on the Editorial Board of the Family Court Review. She received the University System of Maryland's 2004 Award for Faculty Excellence and was the first recipient of the University of Baltimore's Presidential Faculty Award in 2004.

She is the recipient of numerous other awards. In 2018, her work with juvenile lifers was recognized by the Alan J. Davis award and the Herbert S. Garten Special Project Award. She has also received  the 2015 Pro Bono Resource Center of Maryland’s 25th Anniversary Honoree Partner Award, the 2011 Maryland Legal Aid Centennial Champion of Human Rights and Justice, The Daily Record's 2004 Leadership in Law Award and the 2003 Benjamin L. Cardin Distinguished Service Award. In 1999, Murphy was named one of Maryland's Top 100 Women, and, in 1996, received the law school's Full-Time Faculty Outstanding Teaching Award

She has lectured on comparative family law at the University of Aberdeen, Scotland, the University of Sarajevo and Shandong University, China. In spring 2000, she was a visiting professor at the Washington University School of Law in St. Louis, Missouri. Murphy is a member of the District of Columbia, Maryland, and New York bars.

The Role of Political and Social Movements on Women's Entry into the Legal Profession in Maryland: 1902 – 1918, in Finding Justice ( Thompson/UVA Press 2015).

Presenter, Association of Family and Conciliation Courts, Annual Meeting (May 2015)