Afternoons and weekends are largely free for individual study, recreation and opportunities to explore Haifa and surrounding areas. Two guided field trips (see below) are a part of the academic program; additional (optional) tours will also be available.

A farewell dinner is scheduled during the final week of classes. 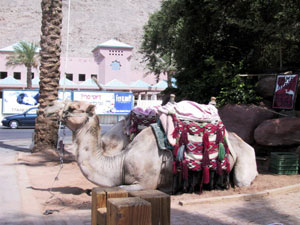 University of Baltimore School of Law  grading standards apply to all students except those from Haifa University. (Some law schools recognize credit for summer abroad programs on a pass/fail basis.)

All students enrolled in the program can take up to four credits from the two courses offered. The courses have no prerequisites and are taught by American and Israeli law professors. All classes will be presented in English.

An examination of how various aspects of the First Amendment to the  United States Constitution — particularly freedom of expression, religious liberty and the right of privacy — might be treated differently in other modern democracies. Specific emphasis will be placed on a comparison of hate-speech regulations in America and elsewhere, and the extent to which freedom of speech protects words that incite.

The Separation of Powers: A Comparative Perspective (2 Credits)

This course will examine the structure of the United States government and our system of separated powers with checks and balances, drawing upon comparisons with Israel's governmental systems. Topics may include: the appointment and removal of executive officers, the legislative veto, the non-delegation doctrine, congressional and presidential power over the administrative state, the role of the judiciary in resolving separation of powers disputes, and introductory aspects of constitutional interpretation. We will also discuss current events that illustrate the continuing significance of the United States' three-branch constitutional structure from a comparative perspective. 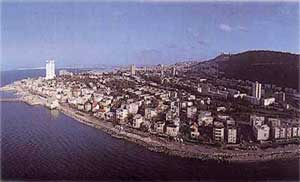 The program will include a two-day trip to Jerusalem, including exclusive guided tours of the Supreme Court and the Knesset. Accommodations will be at a hotel located near the Old City. In addition, there will be a one-day trip to important historical sites in northern Israel. Optional tours to other locations will also be available.