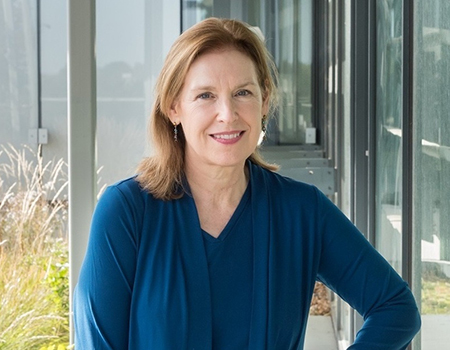 Christine Stutz joined the University of Baltimore School of Law as director of communications in September 2018 and became director of external relations in May 2022. She began her career as a daily newspaper reporter and editor before moving into public relations and marketing. She has led communications efforts at the National Kidney Foundation of Maryland, LifeBridge Health, Eddie's of Roland Park and the University of Maryland School of Law. She also headed the public relations departments at two advertising agencies, where her local clients included the Greater Baltimore Board of Realtors, Live Baltimore and WYPR.

Stutz's writing has appeared in The Baltimore Sun, The Daily Record, the Baltimore Business Journal, Baltimore magazine, and numerous university publications. She won three Simon Rockower Awards for Excellence in Jewish Journalism as a staff writer for the Baltimore Jewish Times. Stutz holds a B.A. from Johns Hopkins University. A native of Town of Rye, N.Y., she lives in Baltimore County.